San Luis Obispo brings the idea of “off the beaten path” to an entirely new level. It’s a place that finds comfort in the curious and the exploration of the unknown. It’s a town of adventure, that’s thoroughly enjoyed by those who crave novelties.

Let’s face it—we’re pretty weird around these parts and we are proud of it. From peculiar local landmarks to bizarre culinary experiences there are plenty of secret spots to appease your curiosity.

Nestled behind a cozy coffee shop on Garden Street in Downtown SLO lies a hidden garden oasis that is as calming as it is charming. Head to Linnea’s for an afternoon pick me up and head out to the back garden area where you’ll find brick walls adorned with lush foliage, a tranquil coy pond, and a plethora of locals and visitors enjoying the stellar ambiance of this peaceful escape.

The Octagon Barn is a recently restored eight-sided barn visible from the 101 freeway on the south end of San Luis Obispo. This seemingly odd structure was originally constructed in 1906, to house a dairy operation that supplied fresh products to the local community. What is particularly mysterious is that during the time the barn was constructed there was no other barn of this octagonal pattern in the area, making it unclear how the builders would have been able to create the structure pattern. The Octagon Barn is currently leased to the Land Conservatory Group and is available for meetings and event rentals. Drive by to check out this curious spot for yourself, or learn more about booking an event on this historical landmark by visiting their website.

Yes, you read that correctly…a men’s bathroom did actually make the list. Although the Madonna Inn and its eccentricity is not-so-secret, there are some hidden gems within its walls that warrant some attention themselves. One of these infamous attractions is the men’s urinal in the basement of the hotel’s main building.  This is no average urinal—it is an entirely functional waterfall that can be triggered on command. Of course, the ladies are going to want to make sure that the coast is clear before heading in. Not so into checking out a men’s restroom? Well, luckily the hotel is an entire point of interest in itself. Head to the Madonna Inn and see its wide selection of uniquely decorated rooms, and over-the-top decorations. 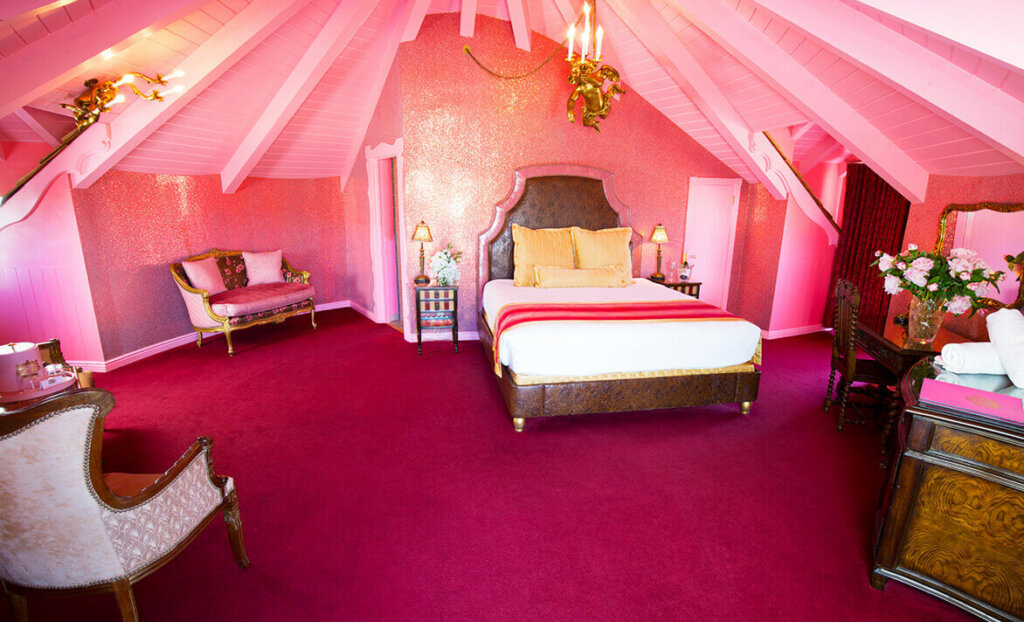 You know that with a name like the Secret Garden Herb Shop, it has got to be some sort of low key find. This hidden spot is actually not even visible from street view where it is located on Higuera Street in Downtown SLO. In fact, to access the shop you need to take the pedestrian creekside pathway on the 700 block of Higuera Street. Alongside the pathway, nestled tightly between The Carrisa and a quaint shopping area, you’ll find a small sign that reads “The Secret Garden.” Inside you’ll find a plethora of teas, essential oils, and herbal delights in a quaint atmosphere.

Did you know that San Luis Obispo actually has its own Chinatown District? Palm Street in Downtown SLO was the original site of the local Chinatown and to this day there are still some remaining structures. Hit Palm Street to check out what is left of a legacy that Chinese American immigrants left to our town. Be sure to stop by Ah Louis store, a historic commodity store that currently is home to a local event business, Mee Heng Low, a noodle house, and the legendary Palm Theater.

This one-of-a-kind speakeasy is a full-service barbershop, however, if you head downstairs you’ll find an intimate and inviting setting to grab a beer, catch some jazz music or meet up with old friends. This underground vibe reflects what Downtown SLO was like during the prohibition, as lots of the creekside restaurants and shops had basements through which bootleggers would sneak alcohol into. Cruise over to Barrelhouse Brewing Co. for this can’t-miss experience!

Back in the 1800s, a German immigrant family struck out on finding gold in San Francisco and ended up opening a small commodity goods store in Downtown San Luis Obispo. As their clientele grew, they were able to construct a larger building. They subsequently opened up a massive structure with extremely modern features, including one of the first iron facades of its kind. Their cash system was particularly advanced for its time—they had an automated cash system that replaced cash runners. It consisted of a bucket on a string that ran into the back of the store where they kept the cash or the vault. This building is currently a popular restaurant, Giuseppe’s Cucina Rustica and will even serve you food and drinks in the vault!

Back in the town of Edna’s heyday, it was a railroad stop located halfway between San Luis Obispo and the Pacific Ocean, an ideal spot for travelers to stop and relax during a long day of travel. The Old Edna Townsite is currently a wine tasting room, deli and event space, but also offers walking tours of its old buildings. Stop by after a day of Edna Valley wine tasting to walk around the historic buildings and get a feel for what SLO was like 100+ years ago! 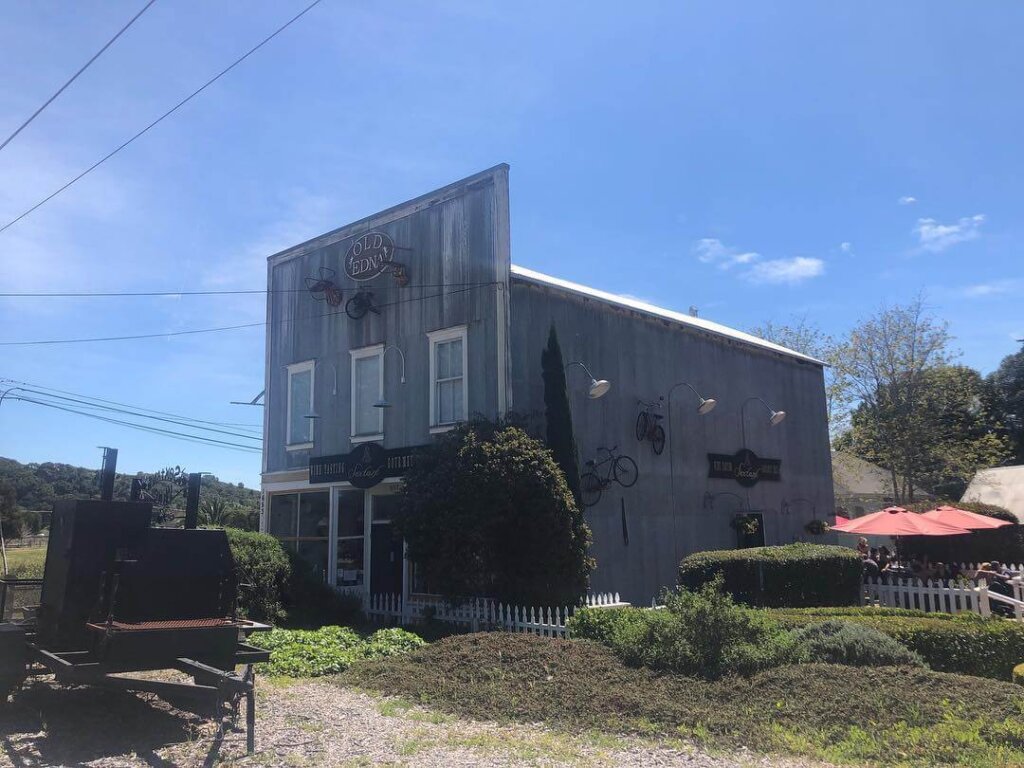 Tucked behind lush greenery on the outskirts of Downtown SLO lies one of the most historically underrated spots around Dallidet Adobe. This hidden gem was actually founded by a French immigrant in the 1850s when he landed in San Luis Obispo after migrating west in search of gold from Europe. This home was not only home to San Luis Obispo’s first distillery but also the site of a shooting between two of the original owner’s sons. Head to the Dallidet Adobe during its seasonal hours for a free docent-led tour and learn more about this fascinating piece of SLO history!

If you’re looking for something a little out of the ordinary look no further than San Luis Obispo. Come and experience all of our hidden gems and off the beaten path finds and see for yourself all that SLO has to offer. Book your San Luis Obispo vacation and visit SLO today!