Holiday Gift Guide for the Gastronome

Looking to switch up from the traditional turkey and ham this year? Look no further, the legendary recipes of the Gin family are yours to make and savor over in their second cookbook. 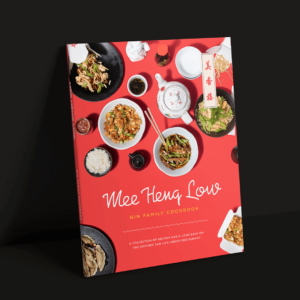 The Mee Heng Low restaurant in San Luis Obispo’s Chinatown was a touchstone for many local residents, as much for its food as for the Gin family that operated it from 1945 to 1988. In 2016, the family decided to create a cookbook of Anna Gin’s coveted recipes

and after great success of its launch, the cookbook’s second iteration is being published this year with many of the same classic recipes and the addition of new ones — many of which have been requested by former diners and for dishes that have not available to the public in more than three decades.  Whiskey, bourbon & rye? Oh my! These locally made spirits are crafted with ocean water, so you can get a taste of the Pacific even if you can’t dip your toes in it this holiday season.

More than a decade ago a California surfer met an Aussie and a friendship was formed over their shared love of quality spirits and the Central Coast. In 2019, Rodney Cegelski and Hamish Marshall founded Rod & Hammer’s SLO Stills, a distillery of craft spirits cut with Pacific Ocean water. SLO Stills ships their bourbon, whiskey, rye and now their vodka free so anyone can experience what California and Australia taste like in a bottle. 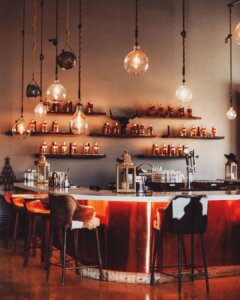