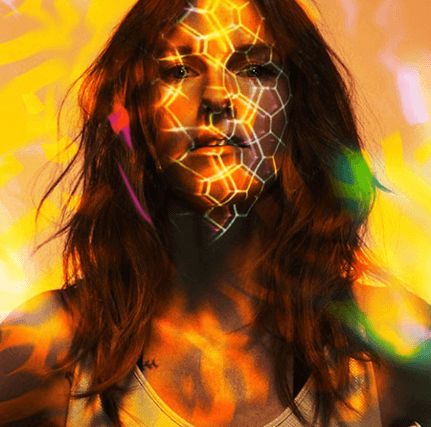 Kaitlyn Aurelia Smith is an American composer, performer and producer, originally from Orcas Island and currently based in Los Angeles. After several self-released albums, Smith was signed to independent record

Kaitlyn Aurelia Smith is an American composer, performer and producer, originally from Orcas Island and currently based in Los Angeles. After several self-released albums, Smith was signed to independent record label Western Vinyl in 2015, who released her first official album, Euclid, in January 2015. Her latest album, Tides: Music for the Meditation and Yoga, was released in January 2019.
Smith grew up and was home-educated on Orcas Island, Northwestern Washington. She left the island to study composition and sound engineering at Berklee College of Music in Boston, before returning to the island after her graduation. It was after returning home that Smith discovered synthesizers, when a neighbor introduced her to the Buchla 100 Synthesizer. Having originally intended to use her voice as her primary instrument, and then moving to classical guitar and piano, Smith switched to the use of synthesizer after being lent and experimenting with the Buchla 100 for a year.
Smith formed indie-folk band Ever Isles whilst still at Berklee but left the project after discovering the Buchla 100, explaining, “I got so distracted and enamored with the process of making sounds with [the Buchla’s potential] that I abandoned the next Ever Isles album”. When developing her composition skills, Smith used visual aid as inspiration for her music. She has said that she is always composing to a visual in her head, explaining, “Sometimes I let the sound create the image for me and then I build off that. Or vice versa: I come up with imagery that is inspiring to me, or I see something that is inspiring, and then create sounds that I feel match it”.