Pennywise at the Fremont

Pennywise at the Fremont 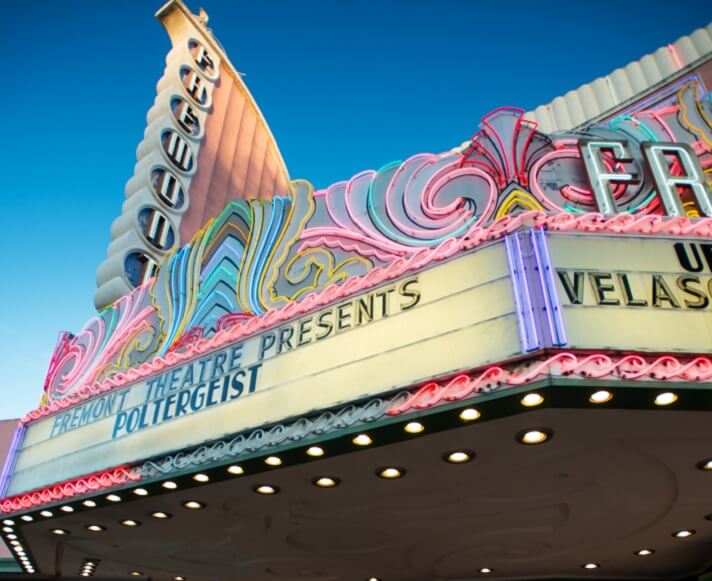 Pennywise will be live at the Fremont Theater on October 9, 2021!

The Golden State represents power and possibility to many around the world, a place where dreams are made but nightmares might come true. The cultural epicenter that is California has been defined by so many monumental mile markers, from the silent film era to skid row, from Disneyland to Ronald Reagan, from celebrity excess to social unrest. Straight Outta Compton, Suffer, Master of Puppets, Fresh Fruit for Rotting Vegetables – as the late Tupac Shakur famously said, Cali is where “we riot, not rally.” Few bands have endured with as much demonstrably California-encompassing vibrancy as the Hermosa Beach, CA institution that is Pennywise. They reign unchallenged, outside the margins of the mainstream, a staple on the SoCal radio airwaves and worldwide festival circuit revered and championed by generations of fans filling theaters and clubs. Pennywise possess the power to merge the subversive with the celebratory. Each Pennywise record is chock full of fast-paced anthems expertly engineered to inspire radical change, personal empowerment, relentless hijinks, and reckless fast times. On paper it may read like a mess of contradictions, but on record, it sounds like California. At this point, three decades since the band’s DIY beginnings, Pennywise classics like “Same Old Story,” “Fuck Authority,” “Alien,” “Homesick,” and “Bro Hymn” are as fundamental to punk rock and hardcore as stage dives and guitars. The combustible chemistry between the diverse creative personalities within Pennywise delivers some the culture’s strongest songs, obliterating the boring sameness of easygoing attitudes with a push-and-pull process that hammers the strongest songwriting and performances from each individual into a remarkable cohesive whole. The defiantly titled Never Gonna Die is the first full album of brand new songs with singer Jim Lindberg, guitarist Fletcher Dragge, drummer Byron McMackin, and bassist Randy Bradbury in over ten years. It’s astimely as it is timeless, charging head first into the chaos of the current climate of the world with the tried-and-true determined sound the Pennywise faithful demand. Never Gonna Die was forged in the same space where the band penned classic songs with late bassist Jason Thirsk and produced once again by rock producer and close collaborator Cameron Webb (Motörhead, NOFX, Alkaline Trio). “We Set Fire Tonight” is a furious resistance anthem challenging the “austerity measures” around the world that deny basic social services to the most vulnerable. “American Lies” cuts through the fog of disinformation and disingenuous worldviews, rejecting partisan posturing in favor of true patriotism. “Can’t Be Ignored” is both selfexamination and societal exhortation, addressing the ravenous hunger for more that shatters the spirit and could literally destroy the world as we know it. The title track demands an evolutionary shift in consciousness, pleading to put hundreds of years of dogma to rest, to never accept those prejudices are “Never Gonna Die.” “Live While You Can (Time Bomb)” is the Pennywise take on the timeless adages to live while you can, enjoy today, and never let the bastards get you down. “Goodbye Bad Times” further emphasizes the holistic side of the band’s ethos, a steadfast reminder of the power of encouragement, personal empowerment and communal interdependence. As ever, touring across the world playing with and playing to likeminded rabble rousers and mischief makers, Pennywise summon all the best and brightest of SoCal punk spirit, consciously exposing the world’s flaws as well as their own, and celebrating life loudly. As the terrifying clown who shares the band’s namesake returns to the pop culture consciousness, via a massively well-received movie adaptation and its forthcoming sequel, so too has Pennywise – the band – reemerged at their absolute strongest. Forbes Magazine said, “It doesn’t just float, It soars.” Pennywise? They effin’ scorch.