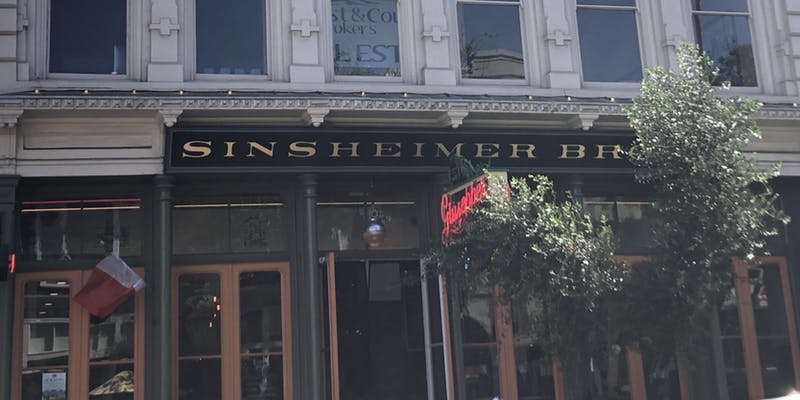 This two-hour walking tour takes in historic sites of Jewish life in San Luis Obispo and the extraordinary characters who animated it.

The Jewish community was a dominant force in San Luis Obispo in the late nineteenth- and early twentieth century, influencing commerce, culture, politics, and philanthropy. So many Jewish merchants, including the now iconic Sinsheimer Bros., were clustered on Monterey Street that the High Holidays would turn it into a ghost town.

The tour takes in the sites of Jewish life and the extraordinary characters who animated it, from Prussian immigrant Max Pepperman, who—claiming to be deputized by Santa Claus—introduced modern commercialized Christmas to San Luis; “Chrysanthemum Joe” Choynski, the antiquarian book dealer’s son and heavyweight boxer who knocked down world champion Jack Johnson and then taught him defense; and Nettie Sinsheimer, the tireless philanthropist who took on social reform.