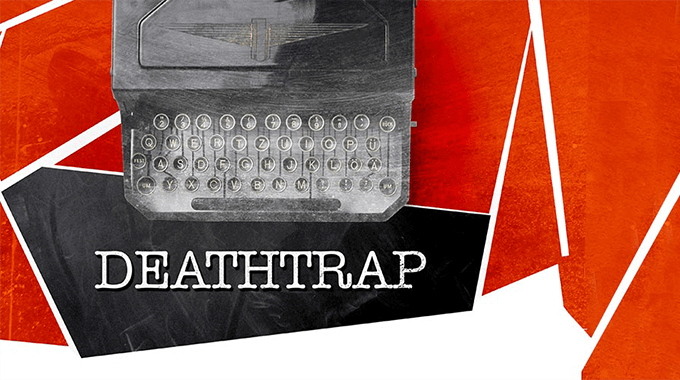 Comfortably ensconced in his charming Connecticut home, Sidney Bruhl, a successful writer of Broadway thrillers, is struggling to overcome a dry spell which has resulted in a string of failures and a shortage of funds. A possible break in his fortunes occurs when he receives a script from a student in the seminar he has been conducting at a nearby college—a thriller that Sidney recognizes immediately as a potential Broadway smash. Sidney’s plan, devised with his wife’s help, is to offer collaboration to the student for co-credit. Or is it? This ingeniously constructed play offers a rare and skillful blending of two priceless theatrical ingredients: gasp-inducing thrills and spontaneous laughter.

This SLO REP production is directed by Kevin Harris and features Michael Brusasco* as Sidney Bruhl (last seen locally as Earnest in PCPA―Pacific Conservatory Theatre’s production of The Importance of Being Earnest) and Melinda Parrett* (last seen locally as Morticia in PCPA’s production of The Addams Family) as Myra. Cameron Parker (SLO REP’s The 39 Steps) plays Clifford, Zoia Wiseman is Helga and Tom Ammon (SLO REP’s Tuesdays with Morrie) is Porter.

Get ready for a blockbuster show San Luis Obispo!